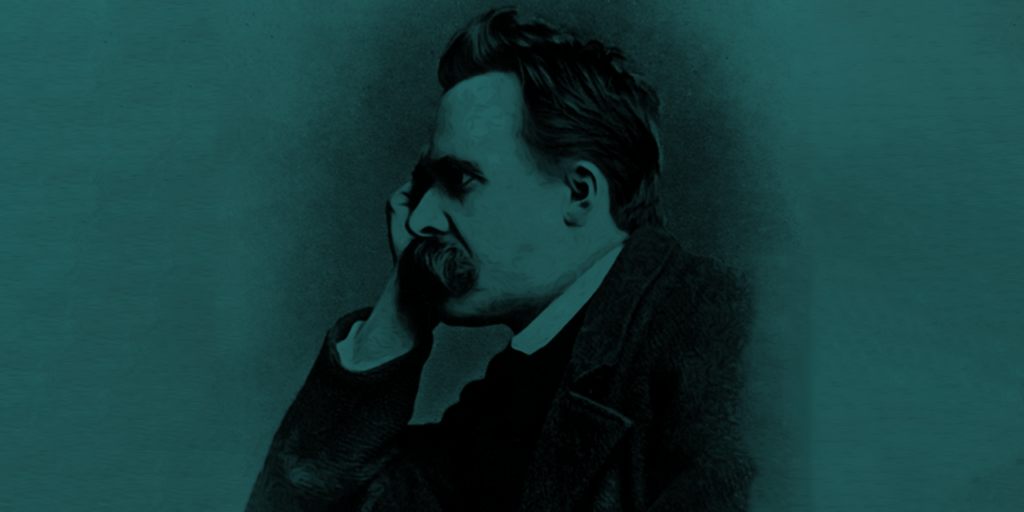 In §27 of his masterpiece Beyond Good and Evil, Nietzsche delivers one of his trademark throwaway insights that keep on giving. He discriminates between three types of writers based on their tempo of thinking and writing. It gives us a lens through which to view his peculiar style of philosophising and why it lends itself to being misunderstood. It also speaks to the style of academia and the pace of thinking we find there.

In this aphorism Nietzsche identifies three different styles of thinking, each with their own tempo and rhythm, giving them names in the ancient sacred language of India—Sanskrit. They are:

This is the type of thinking and writing that we are most familiar with. Our scientific age, with all its dazzling results, is the fruit of a widespread kūrmagati effort. The efforts of millions of kūrmagatians carrying out experiments and writing papers all over the world have culminated in this world of insight and innovation that would have left Prometheus himself speechless. And the unexpected reason for all this is the modesty of kūrmagati.

The individual kūrmagatian doesn’t set out to create an overarching theory of reality. Kūrmagatians aren’t great systematisers like Plato or Aristotle. The kūrmagati writer is humble — they work to isolate a subtle signal amid a cacophonous ocean of noise.

And the results of our kūrmagatians speak for themselves. Our collective culture of kūrmagatianism has put to shame the works of the great ambitious systematisers. These systematisers return from the great mountain with hands full; at first it seems to be with gold but after a couple of generations of analysis their findings ultimately bear a closer kinship to manure.

It is the very modesty of the kūrmagati writer that has culminated in the most audacious intellectual endeavour the world has ever seen.

Nietzsche doesn’t see it this way of course. In 1882’s work The Gay Science, he comments that the scholar was someone who had become developmentally unbalanced. The scholar has:

“Grown into their nook, crumpled beyond recognition, unfree, deprived of their balance, emaciated and angular all over except for one place where they are downright rotund […] For having a speciality one pays by also being the victim of this speciality” (Nietzsche 1882:§366).

Nietzsche does not write kūrmagati; Nietzsche is many things but he is not modest. While we can see his capacity for kūrmagati-work in On The Genealogy of Morality the rest of his work is a testament to the fact that his real talents lie elsewhere. Nietzsche’s writing moves at a faster pace, it moves — gāngāsrotagati.

The term gāngāsrotagati comes from the river Ganges — the sacred river of India and so what Nietzsche is invoking with this characterisation is the thinking style that flows like a river. This style of thinking doesn’t circle back on itself; it is not stagnating in minutiae; it is on a rip-roaring adventure carving up the landscape on its way back to its oceanic source.

The gāngāsrotagati writer is prolific and abundant and revels not in the minutiae of a finished system but the pioneering exploration of new intellectual ground. As Nietzsche himself puts in 1882’s The Gay Science:

“We are something different from scholars, although it is unavoidable for us to be also, among other things, scholarly. We have different needs, grow differently, and also have a different digestion: we need more, we also need less. How much a spirit needs for its nourishment, for this there is no formula; but if its taste is for independence, for quick coming and going, for roaming, perhaps for adventures for which only the swiftest are a match, it is better for such a spirit to live in freedom with little to eat than unfree and stuffed.” (Nietzsche 1882:§381) 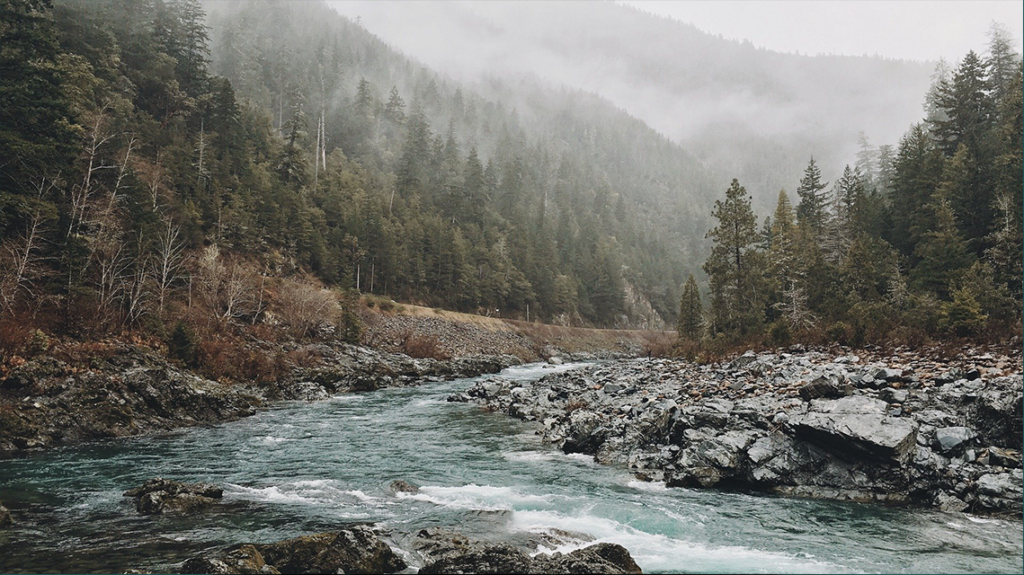 Nietzsche’s aphoristic style is the embodiment of gāngāsrotagati. In the Preface to On the Genealogy of Morality, Nietzsche makes a passing comment about the power of the aphorism — the art of the aphorism he says “is not taken seriously enough” and he goes on to say that the entirety of the third essay is an unpacking of a single aphorism. It is the application of kūrmagati to a single instance of

Another great example of gāngāsrotagati is the later writings of Ludwig Wittgenstein. In the preface to his monumental unfinished work Philosophical Investigations he writes that:

After several unsuccessful attempts to weld my results together into such a whole, I realized that I should never succeed. The best that I could write would never be more than philosophical remarks; my thoughts soon grew feeble if I tried to force them along a single track against their natural inclination. — And this was, of course, connected with the very nature of the investigation. For it compels us to travel criss-cross in every direction over a wide field of thought. — The philosophical remarks in this book are, as it were, a number of sketches of landscapes which were made in the course of these long and meandering journeys. (Wittgenstein 1953:6)

The gāngāsrotagati is not a systematiser. Their insights do not follow neatly on each other but spread out like a Jackson Pollock painting. This sense of returning again to the same point from a different angle is touched on by the Walter Kaufmann. Speaking about Nietzsche’s style of thinking in his work Critique of religion and philosophy he writes:

In fact, Nietzsche had lost any belief that his flights had followed the course of a world spirit or that the sequence was sacrosanct. He was not one of those who take a single flight before they settle down. Nietzsche was like the butterfly: the sun and air were his medium, not the dust, and he spent his life in flight and sometimes saw the same views in different perspectives. (Kaufmann 1978:12)

The gāngāsrotagati is too consumed with pioneering new territory to stop and colonise any of the realms they discover. They overflow with ideas and fresh insights. A river cannot fall in love with any bend in the river but is inexorably drawn towards some spiritual Mecca at the end of its journey.

The gāngāsrotagati fertilises the intellectual landscape with potential avenues for exploration. They dredge up an abundance of pearls for the scholars to polish or discard. 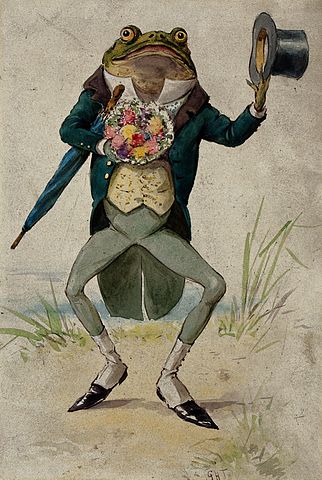 All this leaves one final type of thinking. Between the glaciality of kūrmagati and the cascading of gāngāsrotagati there is maṇḍūkagati—the way of the frog.

The nature of maṇḍūkagati is more challenging to pin down than the other two. We can quickly point to kūrmagati and gāngāsrotagati, but it’s harder to nail down what it is to think like a frog (which is, it should be noted, a byproduct of Nietzsche’s gāngāsrotagati approach to this idea itself—he tells us the three styles but does not give us the kūrmagati details).

But we know how the frog moves—it is a stillness, stillness, stillness followed by a major leap forward. Kaufmann, in his footnote to this passage, tentatively puts Wittgenstein in this category. The way of the frog takes leaps but does not rush ahead like the Ganges.

Taking a step back from the immediacy of the individual thinker, there is a fruitful comparison that can be made between Nietzsche’s kūrmagati/maṇḍūkagati and Thomas Kuhn’s normal/revolutionary science (Kuhn 2012).

Normal science happens within the established paradigm, and it moves slowly and meticulously as kūrmagati does. But then there is a watershed moment—in science, Einstein’s theory of relativity; in philosophy Descartes’s Discourse on the Method; in culture the Greek’s victory over the invading Persians in 479 BCE.

Each of these moments marks a leap forward. Einstein’s theory of relativity revolutionised the field of theoretical physics and our understanding of the cosmos; Descartes’s cogito ergo sum (“je pense donc je suis” in the original) revolutionised the philosophical endeavour and leapt from the medieval age into the modern age; and the Greek defeat of the Persian’s brought a golden age of confidence and vigour to the Hellenic world which had a political, artistic and philosophical flourishing.

The paradigm-shifting event is like the bursting of a dam. The ordered balance of the previous intellectual paradigm gives way to cascading rush of pioneering exploration into the newly revealed terra nova. This rushing of intellectual endeavour swiftly fills out the nooks and crannies of the new intellectual landscape before returning to the tame flow of kūrmagati. With this inflection point in mind, one might argue that these three styles of thinking that Nietzsche identifies are the three phases of paradigmatic thinking.

These are the three types of thinking that Nietzsche explores in §27 of Beyond Good and Evil. In typical Nietzschean style he casts out an electrifying thought before swiftly flowing onwards to newer and newer pastures in his gāngāsrotagati style.

It is perhaps not a thought that would survive under the weight of rigorous scrutiny but it points to a fruitful heuristic for comparing the styles of different thinkers and intellectuals. It is yet another lens, another perspective that Nietzsche offers us to look at ourselves and our intellectual landscape.

It is hard to be understood, especially when one thinks and lives gāngāsrotagati among men who think and live differently—namely, kūrmagati, or at best “the way frogs walk,” maṇḍūkagati (I obviously do everything to be “hard to understand” myself!)—and one should be cordially grateful for the good will to some subtlety of interpretation. As regards “the good friends,” however, who are always too lazy and think that as friends they have a right to relax, one does well to grant them from the outset some leeway and romping place for misunderstanding: then one can even laugh—or get rid of them altogether, these good friends—and also laugh.

The Forgotten Father of Roman Stoicism

The Living Philosophy of Cato the Younger — the Roman Socrates

Is Buddhism a Philosophy or a Religion?