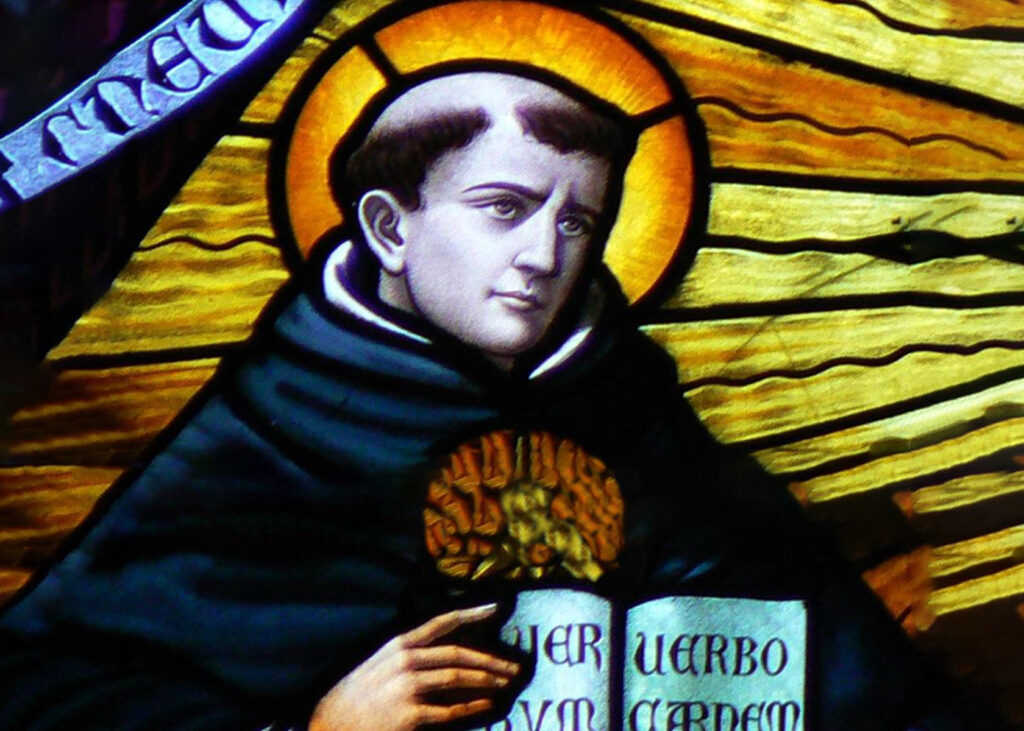 Thomas Aquinas was the shining light of medieval philosophy; he is commonly held to be one of the greatest philosophers of the Western tradition. He was the pinnacle of the Scholastic school of philosophy — the dominant philosophical paradigm of the Medieval era.

But Aquinas was not just a philosopher; he was a theologian and fifty years after his death Pope John XXII canonised him Saint Thomas Aquinas. As well as being a philosopher and a theologian, Aquinas had a streak of the mystic running through him; he was no stranger to the supernatural. As philosopher G.K. Chesterton summarised it:

“His experiences included well-attested cases of levitation in ecstasy; and the Blessed Virgin appeared to him, comforting him with the welcome news that he would never be a Bishop.”

Nowadays, Aquinas is most famous for his philosophical masterpiece — the Summa Theologica in which we find his famous five arguments for the existence of God (among thousands of other propositions). The Summa Theologica is the culmination of his life’s work and in it we find a breathtaking erudition encompassing not just Christian sources such as the Bible, Augustine and Boethius but also ancient thinkers such as Plato, Aristotle and Cicero and Islamic philosophers such as Avicenna, Averroes and Al-Ghazali.

He worked on the Summa Theologica from 1265 until the year of his death in 1274. But a few months before his demise, something happened to Aquinas that caused him to abandon his masterpiece. When his socius (a sort of assistant) Reginald of Piperno begged him to continue his work he replied:

“I can do no more; such things have been revealed to me that all that I have written seems to me as so much straw.”

And so the greatest work of Medieval philosophy was left unfinished and in its place a mystery — why did the greatest philosopher of the Medieval era abandon his magnum opus?

Aquinas had a number of ecstatic experiences in his life. One of these was observed by a sacristan the year before his death in 1273. It was after Matins — the morning prayers — in the Dominican convent of Naples when this sacristan saw Aquinas levitating in prayer with tears in front of an icon of Christ on the cross. Christ said to Thomas:

“You have written well of me, Thomas. What reward would you have for your labour?” To which Aquinas responded “Nothing but you Lord.”

After this exchange something happened but the philosopher never spoke of it or wrote it down.

On the 6th of December in the same year, Aquinas had his transformative experience. While he was celebrating Mass he experienced an unusually long ecstasy. Because of what he saw during this experience he abandoned his routine and his philosophical work.

Aquinas, the verbose philosopher had collided with lived experience.

The Tao that can’t be told

In his commentary on Boethius’s De Sancta Trinitae Aquinas says that there are three ways of knowing God:

In his written works, Aquinas tells us that the highest form of talking about the Trinity is to know that one does not know. As the Chinese mystical philosopher Lao Tzu puts it:

[Aquinas] realised he had made a fool of himself, and he said so explicitly. It’s as if you had never tasted a green mango and you ask me, “What does it taste like?” I’d say to you, “Sour,” but in giving you a word, I’ve put you off the track. Try to understand that. Most people aren’t very wise; they seize upon the word—upon the words of scripture, for example—and they get it all wrong. “Sour,” I say, and you ask, “Sour like vinegar, sour like a lemon?” No, not sour like a lemon, but sour like a mango. “But I never tasted one,” you say. Too bad! But you go ahead and write a doctoral thesis on it. You wouldn’t have if you had tasted it. You really wouldn’t. You’d have written a doctoral thesis on other things, but not on mangoes. And the day you finally taste a green mango, you say, “God, I made a fool of myself. I shouldn’t have written that thesis.” That’s exactly what Thomas Aquinas did.”

What Aquinas experienced was the ineffable; he collided with the thing he had been seeking his whole life and it rendered all his words meaningless. There’s another Eastern saying which says that “the wise man points to the moon but the fool only sees the finger.” This saying encapsulates this idea that the experience of something transcends any attempt to corral it into words.

Aquinas’s story is far from unique; it is the same story we run into again and again in the mystical literature. The seeker has searched long and hard, they have become an expert in the subject and then they are finally struck by the lightning they have sought so long and the farcicality of their quest dawns on them.

The Book of Job is the classic tale in this mould. The mythologist Joseph Campbell gives a compelling reading of this story that unlocks the psychology of the whole book.

When we meet Job at the start of the book, he is an upright holy man. He is pious, he praises God, he follows all the commandments. God admits this, the satan admits this but nevertheless they set out to test his faith.

The modern reading of this story is basically that God is a malicious horrible soul. What kind of justice is that? To take a good man and ruin his life and for what? To test his faith. No thank you; we’ve moved on.

But if you read the Book of Job closely enough, a deeper truth emerges, a psychological truth. At the start of the book, Job is a pious man, he is a man of the word, a man of the book. He has been told what it is to be good and he has followed the instructions to a tee.

And then all Hell breaks loose and he experiences Hell on earth; he loses everything — his family, his estate and finally his health. He is put through the wringer. And when he has weathered the test, God speaks to him out of the whirlwind. Does he apologise? Say “sorry Job old chap. My bad”? Nope. He Job one of literature’s most epic speeches:

“Where were you when I laid the earth’s foundation?
Tell me, if you understand.
Who marked off its dimensions? Surely you know!

“Can you bind the chains of the Pleiades?
Can you loosen Orion’s belt?
Can you bring forth the constellations in their seasons[c]
or lead out the Bear with its cubs?
Do you know the laws of the heavens?
Can you set up God’s dominion over the earth?

“Can you raise your voice to the clouds
and cover yourself with a flood of water?
Do you send the lightning bolts on their way?
Do they report to you, ‘Here we are’?”

God isn’t apologising to Job here. He’s not saying sorry; he’s not explaining his actions. It is a story about catharsis; Job is having an encounter with Truth; he is experiencing a deeper layer of nature.

At the start of the book, Job is a man of the Word. He goes through all the motions and does everything right. But it is mechanical. He is doing what is good because he has been told to. He’s a good man because he obeys the words of truth. For most of the faithful, that is all that is possible but Job is one of the unfortunate select; he is chosen to experience revelation.

At the end of the story, Job has experienced the Truth in its barest form —speaking out of the whirlwind an embodiment of the epic and destructive heart of reality. Job has crossed that fateful line from awe-some into awe-ful. Or to put it another way: he has crossed the line from theologian into mystic.

The Way of Catharsis

This is the way of catharsis. It is the time in the desert before reaching the Promised Land. The way to Heaven in Dante’s Divine Comedy is not in the opposite direction to Hell; it is on the far side of Hell. Dante reaches Heaven through Hell.

This is the truth of the cathartic wisdom tradition. For those who have entered the underworld with plant medicines such as ayahuasca, bufo or DMT, all of this will sound familiar.

When you walk the path of catharsis, the truth is not a shiny pretty thing. It is something hard-won. It is something salvaged from the crucifying forge of the crucible. This is the type of truth Nietzsche has in mind when he says that:

“The strength of a person’s spirit would then be measured by how much ‘truth’ he could tolerate, or more precisely, to what extent he needs to have it diluted, disguised, sweetened, muted, falsified.”

And it’s what Bukowski is talking about when he says:

“You have to die a few times before you can really live.”

What Aquinas experienced was catharsis. What he experienced was truth in all its ecstatic awfulness. And when he had experienced the mystery, all his attempts to bound it in words became empty hollow red herrings that ensnared other seekers. And so he chose to abandon the Summa Theologica and that is why the medieval masterpiece of philosophy was never finished.

What Freud Meant by the Ego, the Id and the Superego

The three parts of every mind