What is Phenomenology?
The Philosophy of Husserl and Heidegger

Phenomenology is a school of philosophy that originated in the late 19th century and early 20th century with the writing of the German philosopher Edmund Husserl. It was a radical new development in philosophy.

What phenomenology offers is an alternative approach to the truth to the one philosophy has been applying for the past two and half thousand years. It is as if Husserl went all the way back to Plato and took a different turnoff along the path to truth. This turnoff has resulted in Phenomenology’s having much more in common with the Eastern schools of philosophy than any other school of the Western tradition.

In this article we are going to look at the history and method of Phenomenology and explore its kinship with Eastern philosophy in more depth.

The seeds of phenomenology can be traced back to the 18th century and Immanuel Kant’s distinction between the noumenal world of things-in-themselves and the phenomenal world of reality as experienced through our senses. This thread was picked up in the early 19th century by 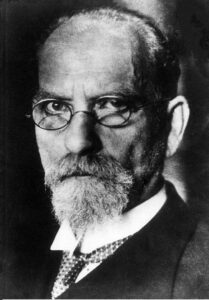 Georg Wilhelm Hegel with his Phenomenology of Spirit but the birth of Phenomenology as a distinctive philosophical school dates to the works of German philosopher Edmund Husserl in the last decade of the 19th century and the early years of the 20th century.

His formulation of Phenomenology was taken up by a circle of followers at several universities in Germany but the real heir to Phenomenology’s throne was undoubtedly Husserl’s star-student Martin Heidegger whose 1928 work Being and Time was a defining moment in 20th century philosophy.

After the Second World War Phenomenology’s centre of gravity moved West from Germany to France and there it became a foundational aspect of Jean-Paul Sartre’s Existentialist philosophy and the philosophy of Maurice Merlau-Ponty.

Its influence is written across the landscape of continental philosophy in everyone from Foucault and Derrrida to Slavoj Zizek and Judith Butler.

A reversal in the history of philosophy

The word Phenomenology comes from the Greek phainomenon meaning “that which appears”. The school of Phenomenology is dedicated to understanding consciousness in its raw form, taking first-hand subjective experience as its starting point rather than starting with the objective world of nature. It is an experientialist rather than a rationalist philosophy.

To illustrate this let’s use a couple of examples. So if we were to study time from a rationalist perspective we would look at it in terms of seconds, minutes and hours. That is the objective noumenal time that runs at the same speed regardless of the human experience of it. But the phenomenological perspective would look at the subjective first-person experience of time more like the saying attributed to Einstein:

To the rationalist, time is the same but to the phenomenologist it can appear very different.

Another example is fear. A rationalist might look at fear for the physiological changes that occur such as the activation of the sympathetic nervous system and the increased heart rate or else they might talk about the observable behaviours of the fearful. But the phenomenological perspective talks about what the actual experience of fear is like—the movements and dynamics of consciousness and how it colours the perception of the experience.

What is really remarkable about Phenomenology is that it is a complete reversal of the course of Western philosophy since Plato. Most philosophers offer minor adjustments in the flow of the great conversation. They will criticise their near-contemporaries and adjust the course slightly. But what’s fascinating with Phenomenology is that in many ways it goes back to Plato and takes an alternative course.

This is the true beginning of the mind-body separation that crystallised in the work of René Descartes. There is a sense of tragedy in the Western philosophical tradition at humanity’s inability to access this objective Truth. Instead we are stuck in the cave of mere appearances which is devalued as a poor copy of the objective reality.

Phenomenology takes a different tact. Instead of devaluing this phenomenal world of subjective experience, it studies it. What Husserl was trying to do with phenomenology was to make an objective study of the subjective. He was looking to make a science out of consciousness by using systematic reflection to determine the essence of consciousness—its properties and its structures.

Instead of the Platonic representational theory of consciousness, Husserl offers an alternative theory called intentionality.

Intentionality is at the core of Husserl’s philosophy of Phenomenology. And as is all too often the case with philosophy you have to be careful not to think of this word in its everyday use. The term originally comes from the Scholastic medieval philosophical tradition and was resurrected by Husserl’s teacher Franz Brentano (who was also as it happens the teacher of Sigmund Freud and Rudolf Steiner). Husserl took the concept and made it the cornerstone of his philosophical school Phenomenology.

Intentionality is often summed up as “aboutness”.  This relates to the fact that consciousness is not a thing that can be isolated; consciousness is always about something. It is always in some kind of relationship and interaction with the contents of its experiences. 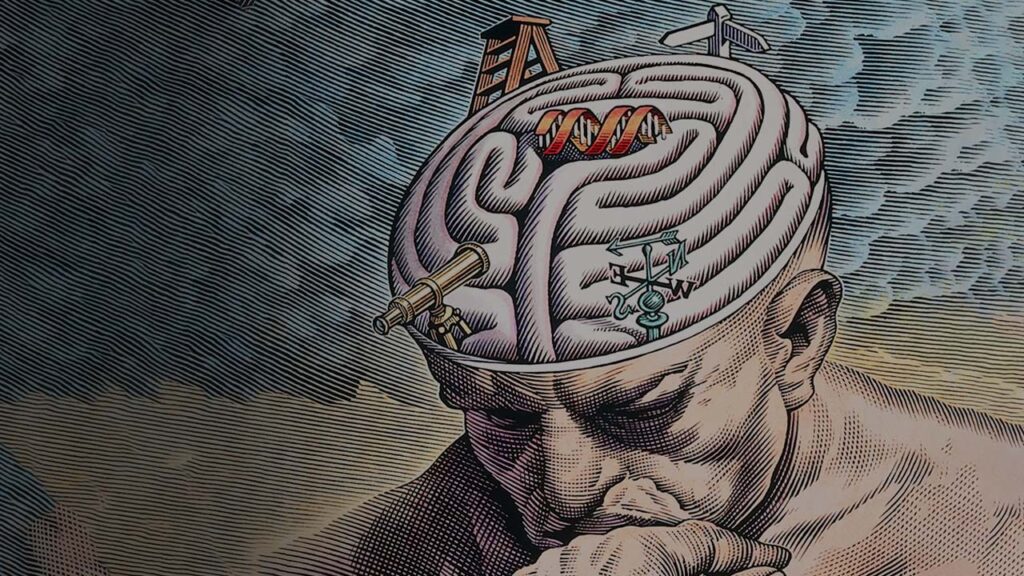 A how-to guide to Phenomenology

Now that we know the basics let’s talk about the methodology of Phenomenology. How does one go about doing Phenomenology?

The first step is what Husserl called bracketing (or alternatively phenomenological reduction or epoché). What this means is that when we are approaching a phenomenon let’s say a fire we work to set aside all filters and all judgements. We home in on the experience of the fire by reducing the phenomenon to its rawest experience.

The fire you’re seeing could be in your imagination, it could be in a dream, or it could be a real fire. To the phenomenologist it’s all the same and this all comes back to the idea of Intentionality and the aboutness of consciousness—the relationship it has to the phenomenon fire.

Once the phenomenon has gone through this process of “bracketing” and we have reduced it to its raw form, the next stage is called eidetic reduction. This comes from the Greek word eidos —the same word Plato uses for his metaphysical Forms or Ideas.

The goal of this eidetic reduction is to find the essence of the phenomenon. This is done using a technique known as imaginary variation whereby the phenomenologist varies all the possible attributes of the phenomenon in order to figure out what its fundamental essence is.

So let’s say you’ve bracketed off the phenomenon of fear and now you’re applying an eidetic reduction to it. With imaginary variation you would mess with the attributes of this fear until you boil it down to what its essence is. So after this sort of investigation you would be left with —as Jose Arcaya noted in his paper on the Phenomenology of fear­—attributes like: a feeling of lacking choices and the sense of freezing that accompanies the fear. What you are doing is separating the necessary parts of the phenomenon from the contingent parts.

This essence is the end goal of the phenomenological investigation. For Husserl, at this point we have arrived at a universal scientific truth. We have reached the essence of the phenomenon and this should be as true for you as it is for a Kalahari bushman. 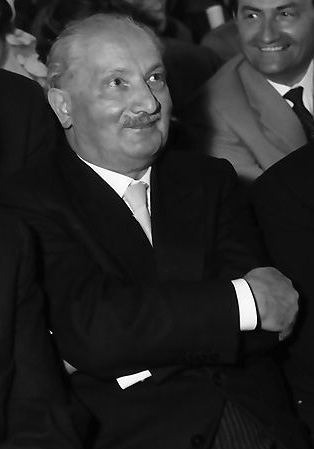 Husserlian phenomenology aims at developing a pure, rigorous science that seeks to capture “knowledge of essences” by bracketing all conditions that may make one’s consciousness of something partial.

With his ontological twist however, Heidegger has a different perspective. For him science is just one way of knowing. Philosophy goes a layer deeper; it is prior to science and provides it with its foundation.

Whereas Husserl’s primary concern was formulating the science of consciousness, for Heidegger it was ontology and understanding the nature of being. He didn’t believe in Husserl’s quest for knowledge of essences and argued that the experiences in consciousness cannot be separated from the context in which they arise.

You can’t give an objective account of consciousness because it is entangled in the world, it is entangled in being and the conditions of this entanglement vary between individuals, between ages and between different species. Your fear in the 21st century is different from the fear of an ancient Aztec warrior and both are different from the fear of a dog or a gazelle. There is no essence that can be caught and magically bottled. Phenomenology is not a science but something more fundamental—it is an investigation into being itself.

Phenomenology and the East

Even at a cursory glance it makes sense. If we look at things like the meridian system of Chinese medicine and the chakra system of the Indian tradition, we see something that looks bizarre from the rationalist point of view. Anatomically speaking there is no heart chakra or third eye chakra to be found. But approached from the phenomenological perspective, we find that we now have a way of approaching these systems. They are maps of the first-person subjective experience of energy in the body. The ancient phenomenologists of China and India mapped out their embodied experience into these models of the human body.

There is a growing literature on the relationship between phenomenology and these eastern philosophical traditions in particular with Zen Buddhism and Daoism and it even seems that Heidegger’s philosophy of Dasein may have been influenced by his reading about the Chinese Daoist philosopher Chuang-Tzu.

Join The Living Philosophy on Patreon for exclusive access to episodes and bonsues!

Join The Living Philosophy on Patreon for exclusive access to episodes and bonsues!